Definition: A cloud feature that forms along a gust front better known as a shelf cloud

Description & Characteristics. The ‘arcus’ cloud feature can be found amongst two cloud types: cumulonimbus and cumulus. Translated from latin, meaning arch, the two types of arcus clouds are respectively abbreviated as ‘Cb arc’, and ‘Cu arc’. Arcus clouds are more commonly known as shelf clouds, can be easily identified by their menacing, wedge-shaped formation along a gust front, and often are accompanied by a thunderstorm.

Shelf clouds are formed when rain-cooled air meets warm and moist air out ahead of it and pushes it up and out of its way. Knowing that, it makes sense that arcus clouds are more commonly seen along the leading edge of cumulonimbus clouds. Less often they can also form along gust fronts associated with cumulus clouds. When this happens, the cumulus cloud is usually more developed and of the congestus cloud species.

As the arcus cloud passes overhead, you can expect to encounter wind and due to the rain-cooled air, a drop in temperature. After you’re swallowed by the shelf and before the rain arrives, you might encounter a dark, turbulent sky known in the weather community as a whale’s mouth. While arcus clouds can be paired with stronger storms and potentially damaging winds, generally they are part of a storm setup that aren’t conducive to big tornadoes. 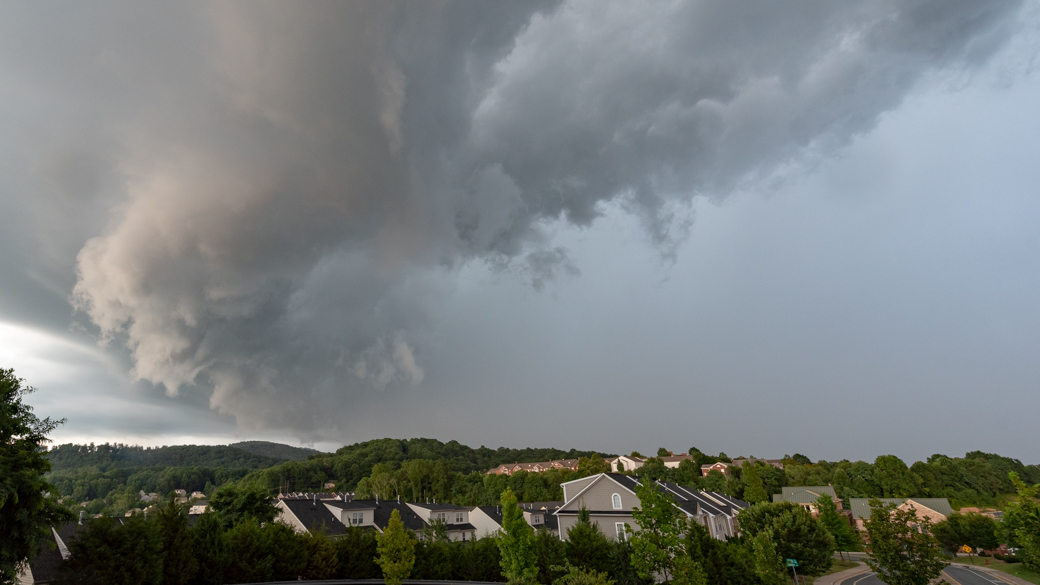 The arcus cloud feature is associated with only two cloud types: cumulonimbus and cumulus. 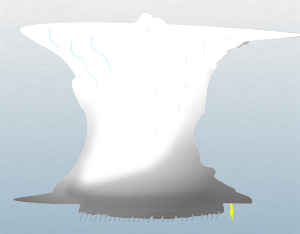