Congestus Cloud Species: Taller Than It Is Wide

Description & Characteristics. Translated from latin meaning piled up, the ‘congestus’ cloud species is found only in the cumulus cloud type. No other cloud type besides a cumulus cloud can be classified as congestus. A cumulus congestus cloud is fairly distinct and easy to classify in relation to other clouds: they’re cumulus clouds that are taller than they’re wide. They also go by the name of towering cumulus clouds, or cumulus towers. The proper cloud classification abbreviation for this cloud is ‘Cu con’.

While cumulus cloud formations are generally defined as low and fair-weather clouds, this is the one species of cumulus that can break the rules a bit. They can grow beyond the altitude typically associated with low clouds, typically defined as clouds less than 6,500ft in altitude. The congestus species can be common when there’s a potential for stormy weather later in the day, especially when the day starts out clear during the summer. 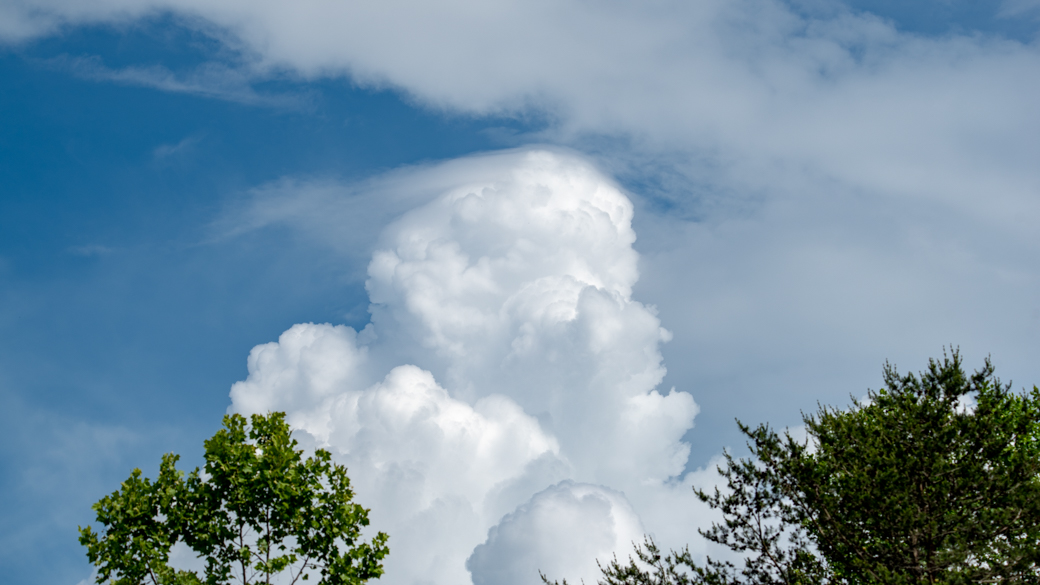 The congestus cloud species is only associated with the cumulus cloud type.