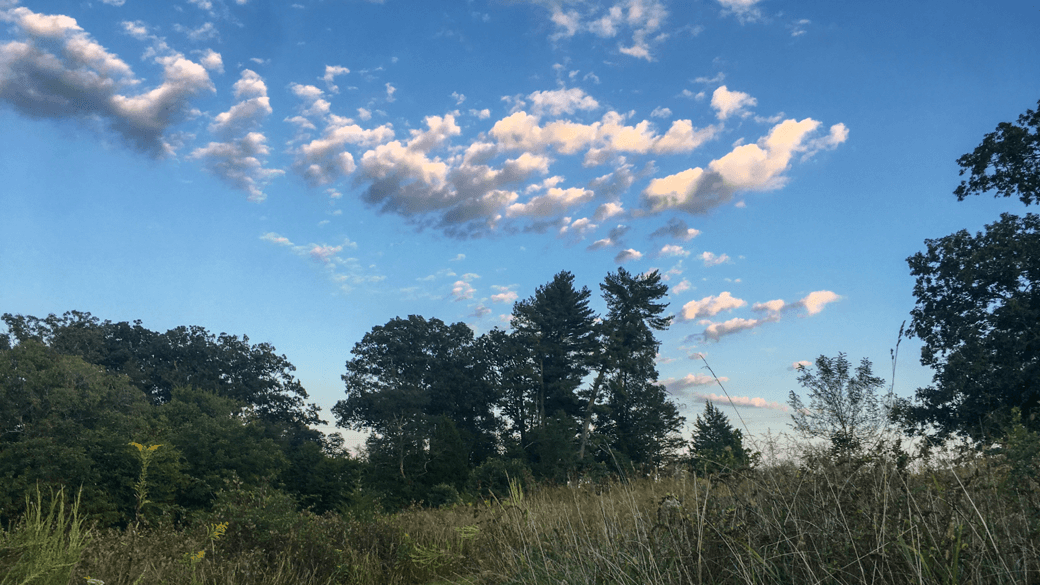 Here’s a photograph taken in the evening in central Virginia in September 2019. It was a warm afternoon with calm, partly cloudy skies.

Cloud Type. First, let’s figure out the cloud type. These cumuliform clouds clumped together. The word cumuliform describes a cloud that is of the heaped or a puffy cloud formation (similarly, the word stratiform means a layer-like cloud formation).

Cloud Species. There’s a lot of variations in altocumulus clouds. As we determine the species, we know that altocumulus clouds are associated with five cloud species: castellanus, floccus, lenticularis, stratiformis, and volutus.

By process of elimination, we can determine that these aren’t lenticularis (lens or UFO-shaped), stratiformis (layer-like, covering the sky), or volutus (roll cloud).

We’re left with castellanus (towered) and floccus (puffy and ragged). These clouds are particularly puffy, resembling a flock of sheep. This is a good indication that these can be classified as the floccus cloud species.

In this case, there isn’t any that fit the bill. They aren’t multilayered (duplicatus), they don’t have holes in them (lacunosus), they aren’t particularly dark or thin (opacus or translucidus), they aren’t lined up in rows (radiatus), and they aren’t undulating (undulatus).

Cloud Accessories & Other Clouds. We’re done! Altocumulus clouds don’t have any associated accessory clouds or other clouds for that matter.

We determined the cloud classification starting from the cloud type and working our way down through its species, varieties, features, and accessories taxonomy. Our final classification is in: Altocumulus floccus (Ac flo). 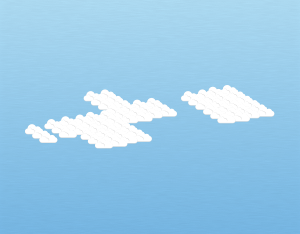 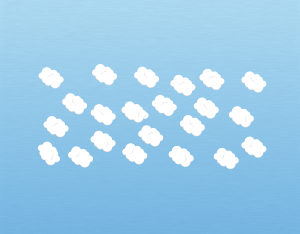